As part of our professionalism we have upgraded the level of transparency and convenience to our Members by keeping their data base over cloud based application software for anywhere access and monitoring. Members can login and see their data and interact with the Management of Nandhavanam through this portal. However we are still testing the software and hence once the testing is completed our members can login and track their information. Hence at present only Management Login alone is enabled. We will be sending official email for all our Members once it is ready. Thanks

Hospitals in and around Kancheepuram

19°C – 37°C (During April – May the Temperature will Touch 39°C – 40°C due to Agni Nakshathra Period. However evening will become pleasant. Rest of the months the weather will be highly comfortable for Aged Living.

Kancheepuram is the Second Satellite City located close to Chennai at around just 75 kms away. It is surrounded by Tambaram, Walajabad Mahabalipuram, Chengalpattu, Vedanthangal, Sriperumbudur, Oragadam, Uthiramerur, Thiruporur, Thiruthani, Vellore, Tirupati etc.,. One can get everything from Kancheepuram without even coming to Chennai. It is the commercial hub for all the surrounding villages. This city is worldwide popular for its temples and silks sarees.

Kancheepuram is one of the oldest cities in South India. It was a city of learning for Tamil, Sanskrit, & Telugu. It is one of the seven sacred cities of India, also called “City of 1000 Temples”. Kancheepuram attained its limelight during the reign of Pallava dynasty. This is located on the Palar River Bank & well known for its Countless Temples, Vibrant Festivals, Silk Sarees and Weaver Looms. The city is well connected to the rest of Tamil Nadu as well as neighbouring states with efficient bus services and trains. 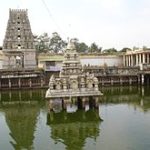 The Kamakshi Amman Temple is a famous Hindu temple dedicated to Kamakshi, one of the forms of the goddess Parvati. This temple is under the Hereditary Trusteeship of Sri Kanchi Kamakoti Peetam.

Ekambareswarar Temple is one of the five major Shiva temples or Pancha Bootha Sthalams representing the element – Earth.

Chitragupta Temple: There is no other separate shrine or temple that has been built devoted to Chitragupta, other than the one in Kancheepuram. The Chola King Senni constructed this temple. 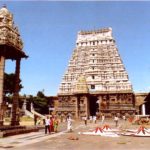 Varadharaja Perumal Temple is a Hindu temple dedicated to Lord Vishnu, one of 108 Divya Desams. It is located in Chinna Kancheepuram which is also called as Vishnu Kanchi. The temple was first built by the Pallava king Nandivarman II. There is a 100 pillared hall or Nooru Kaal Mandapam, has been sculpted out of a single rock depicting Ramayana and Mahabaratha stands the masterpiece of Vijayanagara architecture. 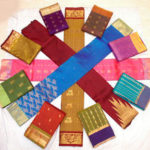 This small town is also known as SILK CITY for its thriving hand loom industry. The main profession of the people living in and around is weaving silk sarees, more than 5,000 families are engaged in this industry.

For more details about Kancheepuram www.kanchi.tn.nic.in

To Do – Before Planing to Visit Nandhavanam?